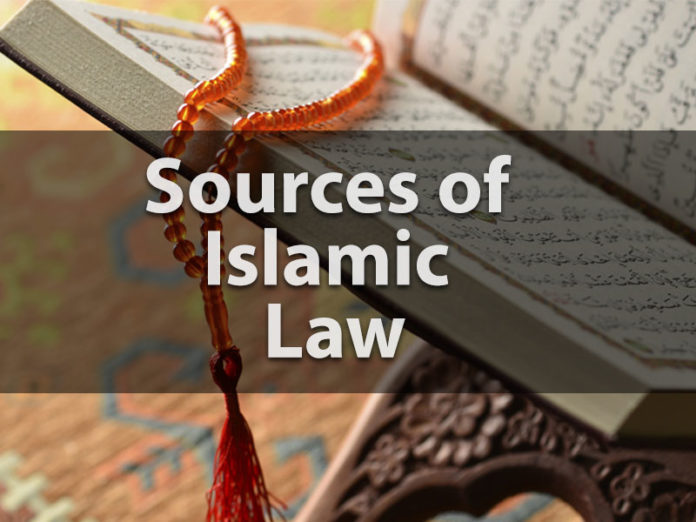 Various sources of Islamic law are used by Islamic jurisprudence to elucidate the Sharia, the body of Islamic law. The primary sources, accepted universally by all Muslims, are the Qur’an and Sunnah. The Qur’an is the holy scripture of Islam, believed by Muslims to be the direct and unaltered word of Allah. The Sunnah consists of the religious actions and quotations of the Islamic Prophet Muhammad and narrated through his Companions and Shia Imams. However, some schools of jurisprudence use different methods to judge the source’s level of authenticity

Quran as a source of legal thinking

The Holy Quran is a major source of instructions and thinking. It is the constitution of Islamic law. It is a Book of warnings, directives and instructions revealed for guidance. Holy Quran says:

“BLESSED IS HE WHO SENT DOWN THE CRITERION TO HIS SERVANT, THAT IT MAY BE AN ADMONITION TO ALL CREATURES”

. The role of Quran in legal thinking has been described as:

“WE HAVE REVEALED TO YOU THE BOOK IN TRUTH, SO THAT YOU MAY JUDGE BETWEEN MEN”

The teachings contained in it are clear and never questioned. From Quranic point of view, sovereignty belongs to Allah and therefore the law formulated by him is the fundamental law. The Holy Quran is always to be referred as it does not contradict with any other legal teaching from other sources. Holy Prophet (PBUH) said:

” PRAISE TO ALLAH WHO HAS SENT TO HIS SLAVE THE BOOK AND HAS ALLOWED THEREIN NO CROOKEDNESS.”

Sunnah of the Prophet (P.B.U.H)

The Sunnah of Prophet (PBUH) is the next authority to Quran. It is also a primary source of Islamic law. Allah (SWT) explains the significance of Sunnah in Quran as:

Sunnah gives fuller teachings of Quran that it states in brief. Allah commands us to offer prayers and pay Zakat in Quran as:

“SO BE OBEDIENT TO YOUR LORD, O MARY. PROSTRATE TO HIM AND BOW ALONGSIDE THOSE WHO BOW DOWN”

In this verse, we have not been told exactly the method of performing Salah but the details could be found in Sunnah of Prophet (PBUH):

“OFFER PRAYER A YOU SEE ME OFFERING PRAYER”

From this complete Sunnah, we can find the perfect method of performing Salah. Both Quran and Sunnah always agree on a mutual point and can never contradict. Holy Quran says:

“AND OBEY ALLAH AND HIS MESSENGER”

Sunnah is takes as authority where the Quran is silent e.g. Sadqa at the end of Ramadan has not been mentioned in Quran but Prophet (PBUH) said:

Ijma is the secondary source of Islamic law. It means the consensus of Muslim jurists or the community. Ijma is referred to when the primary source of legal thinking are silent or do not describe the issue in deep detail. A typical example is a test tube baby or genetic engineering, which did not exist at the time of Prophet (PBUH). Therefore, in such situations, the opinion of the believers is taken and if they agree on the point or the action then it becomes lawful. Ijma cannot be done on those acts or teachings that are clearly defined in one of the primary sources of legal thinking; Quran and Sunnah. If any such opinion would be passed on, it will be treated as Shirk. Prophet (PBUH) said:

“MY COMMUNITY WILL NEVER AGREE ON ERROR”

At another instance, Prophet (PBUH) said:

“GATHER TOGETHER THE RIGHTEOUS FROM AMONG MY COMMUNITY AND DECIDE THE MATTER BY THEIR COUNSEL”.

Qiyas is the last source of Islamic law and the other secondary source of Islamic law. Its literal meaning is analogy or measuring. It is employed when Quran, Sunnah and Ijma are silent on any issue. It involves an individual expert making a new decision based on known teachings. He compares the unknown with the known and identifies what is common among them. An example is of Muaz bun Jabal. On his appointment as the governor of Yemen, Prophet (PBUH) asked him: 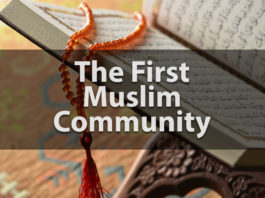 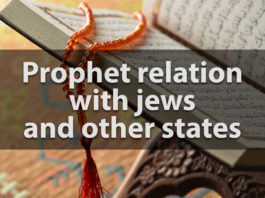 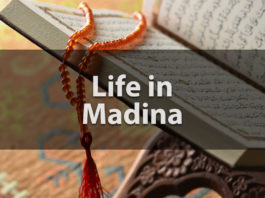