Jihad is the core principle in the Islamic teachings. The root word of Jihad means to strive, to struggle, to exert one’s energy and to preserve. The Quran uses the term ‘Jihad’ in context with the struggle in the way of Allah. Thus, doing all that comprises good conduct as Allah expects of us. Striving and doing one’s  best to achieve a worthy objective is essential for human development. Surah Ankabut says:

“AND WHOEVER STRIVES HARD DOES SO FOR HIS OWN SOUL; FOR ALLAH IS FREE OF ALL NEEDS FROM ALL CREATION”

In true inner sense, Jihad means purifying oneself of one’s shortcomings and tendencies so that one is guided towards Allah. Outwardly, it is to stand up for what is right as directed by Allah, to improve social conditions, to help the weak and needy, to put one’s life at risk to uphold the truth.

Muslim jurists explain that there are types of Jihad. The first one is the spiritual Jihad (Jihad bil nafs). It is a struggle to resist temptation to evil, and to overcome one’s own weaknesses, feelings and failings. Thus, it demands a continuous and uninterrupted fight against one’s own self. Now it is up to a person to strive to conquer his animal instincts and harness his energies towards ultimate goal of Paradise. Holy Quran says:

“SUCCESSFUL IS HE WHO PURIFIED (HIS NAFS) AND LOST HIS HE WHO SUCCUMBED (TO NAFS).

The Holy Quran warns of the internal evil and also guides the believers as how to counter it:

SAY I SEEK REFUGE WITH THE LORD OF MANKIND… FROM THE EVIL OF THE WHISPERER ( SATAN) WHO WHISPERS AND WITHDRAWS. THE SAME WHO WHISPERS IN THE HEART OF MANKIND.”

Another example is of Prophet (PBUH) who told warriors returning to Medina after a battle that they had returned from the lesser Jihad (of warfare) to greater Jihad of struggle against one’s own heart.

The second type of Jihad is of tongue (Jihad bil-lisan). It is speaking and upholding the truth, speaking out against what is wrong and immoral. It is also the spreading the word of Allah and the teachings of Islam. The Holy Quran says:

“AND SHUN THE WORD THAT IS FALSE”

Furthermore a Hadith of Prophet(PBUH) says:

“THE MOST EXCELLENT JIHAD IS UTTERING THE TRUTH IN THE PRESENCE OF AN UNJUST RULER.”

An extension of Jihad bil lisan is the practice of da’wah or peaceful invitation to the fold of Islam. The Qurans stresses on the fact that the religious missionaries should be equipped with the tools of wisdom and knowledge. The Quran turns Muslims as the best people because of their ability to conduct Jihad with tongue.

“YOU ARE THE BEST PEOPLE INVOLVED FOR MANKIND, ENJOYING WHAT IS RIGHT, FORBIDDING WHAT IS EVIL AND BELIEVING IN ALLAH.”

The whole life of Holy Prophet (PBUH) was spent in this type of Jihad.

The next type of Jihad id Jihad by hand (jihad bil yad). It refers to choosing to do what is right and to combat injustice and what is wrong with actions. Also, it may require spending financial resources. Prophet (PBUH) said:

Such use of physical force may require consistent effort and may lead to testing situations. Holy Prophet (PBUH) instructed to act against evil according to the resources available:

“WHOSOEVER OF YOU SEES AN EVIL ACTION, LET HIM CHANGE IT WITH HIS HANDS, AND IF HE IS NOT ABLE TO DO SO THEN WITH HIS TONGUE…”

The Quran also commands the believers to strive for a noble cause in accordance with ability and resources:

“AND STRIVE IN HIS CAUSE AS YOU OUGHT TO STRIVE WITH SINCERITY AND DISCIPLINE.”

The next comes Jihad by sword (Jihad bil saif) which refers to Qital fisabillilah (armed fighting in way of Allah), has been exploited and misused as ‘Holy War’. Qital means armed struggle in way of Allah, and it may result in bloodshed. Muslims have been told that they should not take harsh measures unless war has been imposed on them. Islam guides that Muslims individuals cannot conduct Qital without the permission of the head of the state. Islam also teaches Muslims that peace and reconciliation should be preferred over war. The Holy Quran says:

“IF YOUR ENEMY INCLINES TOWARDS PEACE, THEN YOU SHOULD SEEK PEACE AND TRUST IN ALLAH; VERILY, HE IS ALL HEARER, ALL KNOWER.”

“VERILY, WE HAVE GRANTED YOU A MANIFEST VICTORY.”

Furthermore, if a Muslim state is seriously under threat then they are allowed to fight even during the sacred months. Quran says: 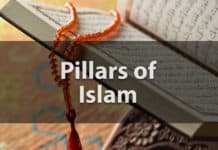 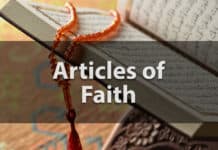 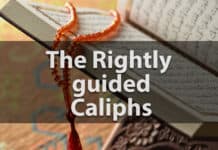