History and importance of Quran

“READ IN THE NAME OF YOUR LORD, WHO CREATED YOU OUT OF A CLOT OF CONGEALED BLOOD. PROCLAIM THAT THE LORD IS MOST BOUNTIFUL. HE WHO TAUGHT THE USE OF PEN WHICH HE KNEW NOT”.

Prophet (PBUH) repeated these words and they were imprinted on his mind.

From this time onwards, Prophet (PBUH) continued to receive revelations throughout the rest of his life. There were some unique modes of revelation of Quran. First one was that, Hazrat Jibrael (R.A) would come before him either in a form of man or in his original form and would inspire in his heart, the words of revelations. Secondly, Prophet (PBUH) would see true dreams in which Allah showed him the message to be preached. Divine sounds was another mode, in which Prophet (PBUH) would hear the sound of bells ringing or bees buzzing and at the end, he would hear the revelations. Lastly, he was granted the honor to have a conversation with Allah several times in which the Holy message was delivered. Holy Prophet (PBUH) said:

Whenever a revelation came, Prophet (PBUH) experienced different sensations. His body weight would increase tremendously; he would perspire in cold or would shiver in the impact. Hazrat Ayesha (R.A) said: “I saw revelation come upon him in severest cold and when that condition was over, perspiration ran down his forehead.” A companion relates that he was sitting with his leg under the leg of Holy Prophet (PBUH) and a revelation came at the instant. He felt as if his leg was about to be crushed under the weight of Prophet’s (PBUH) leg.

The revelations are categorized as Makki and Madni surahs. Makki surahs contain the fundamentals of faith, stories of the past communities and their messengers and consolation for Prophet (PBUH). The examples are Surah Zilzal, Surah Duha and Surah Qariyah. Verses were also related to the current activities of the Prophet (PBUH) e.g. Surah Duha was revealed to console Prophet (PBUH). While Surah Anfal was linked to the battle of Badr. They were short, had poetic and rhyming tone. Madni surahs dealt with the ruler’s conduct of a fast growing Muslim community. They guide Muslims about moral ethics and personal behaviors. They had quite lengthy chapters and are in Hashimite Arabic. The examples are Surah Al Rehman, Surah An-Nisa and Surah Baqarah.

After the demise of Holy Prophet (PBUH), no official copy of Quran existed. During the caliphate of Abu Bakr (R.A), some people declared themselves as prophets. In order to put down this false prophecy, the war was fought against them and in this, many Huffaz (people who had committed Quran) were martyred. This battle was known as the Battle of Yamama. Hazrat Umar (R.A) realized the tragedy that would occur in future if more memorizers would die. For this purpose, he suggested Abu Bakr (R.A) that Quran must be written down and compiled for safety. Abu Bakr (R.A) was reluctant, upset, and interrogated: “How can I do anything that Prophet (PBUH) himself did not do?” after much persuasion from Umar (R.A) he understood the need of compilation and formed a committee under the scribes of Divine Revelations which included Zain bin Thabit  and about 25 trustworthy companions. Zaid (R.A) used extremely cautious techniques in verifying the verses. He would not accept any verse unless two reliable witnesses were there to tell that the verse was written under the supervision of Prophet (PBUH). He collected the Quranic verses from parchments, stones, leaves, bones and from those who had memorized the Quran. Zaid (R.A) said: “If Abu Bakr had ordered me to shift one of the mountains, it would not have been harder for me than what he ordered me concerning the collection of Quran.” The script prepared by  Zaid bin Thabit (R.A) was called Umm and it remained with Abu Bakr (R.A). After his demise, it was transferred to the custody of Hazrat Umar (R.A), the second Caliph. After his death, it was transferred to Hazrat Hafsa (R.A) and it came to be known has Mushaf-e-Hafsa.

During the caliphate of Umar (R.A), the Islamic state expanded. People in various places recited the Quran in their local dialects and there arose a possibility of confusion and misunderstanding. The need for final collection of Quran became imminent when there was a dispute between Muslim forces from Iraq and Syria over the correct way of reciting it during communal prayers. While on an expedition to Azerbaijan, General Huzaifah (R.A) reported this problem to caliph Usman (R.A). He foresaw the danger and asked a single genuine and authentic copy of Quran to be made. Accordingly, he appointed Zaid bin Thabit (R.A) along with three other companions. This group painstakingly prepared several copies of Umm and these copies were sent to different provinces of Islamic state including Basra, Kufa, Makka, and Jerusalem. The copies were also sent to Iraq and Syria along with a teacher who could teach them how to recite Quran in the proper dialect of Quraish. After all this, Hazrat Usman (R.A) had four copies of Umm, which were circulated, and further copies of them were made. Usman (R.A) got all the other copies of Quran and burnt them to ensure uniformity. He is also known as Jami al-Quran (the compiler of Quran).

Zaid-bin-Thabit was the principal scribe of Holy Prophet (PBUH). He belonged to Khazraj tribe and accepted Islam before Prophet’s migration to Medina. He took part in Battle in Trench and the Tabuk Expedition. Zaid was a very intelligent person with a sound memory and learned person and could speak many languages. The Holy Prophet (PBUH) chose him to learn Hebrew so that he could correspond with Jews. He was placed among those knowledgeable companions who were scholars and jurists. After the Holy Prophet’s (PBUH) migration to Medina, he appointed Zaid-bin-Thabit to write down the revelations received by him. He had memorized the Holy Quran completely during the Prophet’s (PBUH) life.

When most of the people who had committed the Quran to their memories were martyred in the battle of Yamama, Hazrat Abu Bakr (R.A) entrusted Zaid with the task of collecting the verses of the Quran and compiling them in book form. After sheer hard work and consultation with various companions of Holy Prophet (PBUH), he produced a compilation. Later in Khilafat of Hazrat Usman (R.A), Zaid was made responsible for public treasury and was a member of the committee, which was formed to prepare copies of the original Holy Quran. Prophet (PBUH) said:

“ZAID IS BEST OF ILM-UL-FARAIZ (KNOWLEDGE OF LAWS OF INHERITANCE) FROM AMONG ANY FOLLOWERS”.

Abdullah bin Masood was one of the most favorite companions of the Holy Prophet (PBUH) and was renowned for his love for and adherence to the messenger of Allah. Abdullah bin Masood is regarded as one of the earliest converts to Islam who bore the tortures of Quraish with patience. He learned the Quran with great fondness and attention and is said to be the first one to recite the Quran openly in Makka. Prophet (PBUH) remarked him as a companion from whom the others should learn the recitation of Holy Quran. Prophet (PBUH) said:

“IF ANYONE LIKES TO RECITE THE QURAN AS FRESH AS IT HAD DESCENDED THEN HE MUST RECITE IT ON READING OF ABDULLAH BIN MASOOD.”

Quran as a source of guidance

Quran is a source of spiritual guidance for man. It is a code of ethical system of law and embraces all aspects of human life whether intellectual, political or economic. Quran is the only book of Allah revealed to humankind that enjoys the distinction of being pure. As Allah Himself says:

“WE HAVE WITHOUT DOUBT SENT DOWN THE MESSAGE AND WE WILL ASSUREDLY GUARD IT AGAINST CORRUPTION”.

Quran is the primary, original and fundamental source from which all ordinances, injunctions, and principles of Islam are drawn. Quran says:

“AND WE HAVE SENT DOWN TO THEE A BOOK EXPLAINING ALL THINGS”.

The details of legislation have been widely eschewed in the Holy Quran. It contains basic and fundamental details of laws from which further legislation could be redrawn. Quran says:

“IT IS AN EXPOSITION OF THAT WHICH IS DECREED FOR MANKIND”.

Allah speaks of Quran as a light, which guides His followers to a straight path. It is mentioned in Quran that:

“AND WE HAVE MADE THE QURAN A LIGHT WHEREWITH WE GUIDE SUCH OF OUR SERVANTS AS WE WILL”.

As sovereignty only belongs to Allah, the law formulated by Him in form of Holy Quran is the primary law. Men are asked to resolve their problems by referring to Holy Quran:

“AND WE HAVE SENT DOWN TO YOU THE TRUTH SO THAT YOU MAY JUDGE BETWEEN THE MEN ACCORDING TO THE LAWS ORDAINED BY ALLAH”.

The Quranic laws are perpetual and everlasting. There are three kinds of Quranic laws: pertaining to belief, pertaining to ethics and pertaining to practical life. The first law includes believing that Allah is only One and everything belongs to Him and Prophet (PBUH) is His last messenger. The second law includes the teachings of Quran in moral ethics e.g Quran has declared adultery a big sin. Then it has forbidden from telling lies, doing robbery etc. In third law, the Quran includes all the details of how to pass our life in a successful manner. It tells us about personal behavior, relations with the other people and about tolerating hardships.

Quran with its fundamental and basic tenets is an infallible guide, eternal directive, a dependable channel and a symbol, which embraces all aspects of human life as well as spiritual. Quran is a book of guidance and it is to guide humans to follow commandments of Allah. Therefore, the reward for the fulfillment of Allah’s command and punishment for disobeying is also mentioned in the Quran:

“VERILY THE QURAN DOTH GUIDE TO THAT WHICH IS MOST RIGHT” 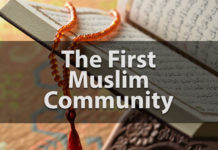 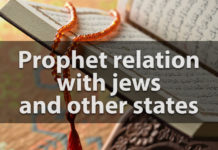 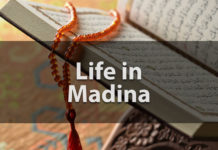