The following are all the definitions you’ll need when studying for your Physics A-Level Exam:

Measurement:
Random errors are errors of measurements in which the measured quantities differ from the mean value with different magnitudes and directions.

Systematic errors are errors of measurements in which the measured quantities are displaced from the true value by fixed magnitude and in the same direction.

Accuracy is a measure of how close the results of an experiment agree with the true value.

Precision is a measure of how close the results of an experiment agree with each other.

Thermal Physics:
The internal energy is a function of state and the total microscopic kinetic and potential energies of the particles  composing the system.

The specific latent heat of fusion, Lf , is defined as the amount of heat required per unit mass to change a substance from the solid phase to the liquid phase without any change in temperature

The specific latent heat of vaporization, Lv, is defined as the amount of heat required per unit mass to change a substance from the liquid phase to the vapor phase without any change in temperature.

Kinematics:
Speed is the rate of change of distance traveled with respect to time.

Velocity is the rate of change of its displacement with respect to time.

Acceleration of an object is the rate of change of its velocity with respect to time.


Forces And Dynamics:
Normal contact force is a force perpendicular to the surface experienced by a body when it is in physical contact with something else.

Hooke’s Law states that within the limit of proportionality, the extension produced in a material is directly proportional to the load applied.

The moment of a force is the product of the force and the perpendicular distance between the axis of rotation and the line of action of the force.

A couple is a pair of forces, equal in magnitude but opposite in direction, whose lines of motion do not coincide.

Centre of gravity is the point on an object through which the entire weight of the object may be considered to act.

Stability of an object refers to its ability to return to its original position after it has been displaced from that position.

Upthrust/buoyancy force is an upward force on a body produced by the surrounding fluid (i.e., a liquid or a gas) in which it is fully or partially immersed, due to the pressure difference of the fluid between the top and bottom of the object.

Archimedes’ Principle states that the upthrust experienced by an object partially or entirely immersed in a fluid is equal to the weight of the fluid displaced by the object.

Newton’s first law of motion states that a body will continue in its state of rest or uniform motion in a straight line unless an external resultant force acts on it.

Newton’s second law states that the rate of change of momentum of a body is proportional to the resultant force acting on it and the change takes place in the direction of the force.

The principal of conservation of momentum states that the total momentum of a system of objects remains constant provided no resultant external force acts on the system.

Work, Energy And Power
Work is the mechanical transfer of energy to a system or from a system by an external force on it.

The Principle of conservation of energy states that energy cannot be created nor destroyed in any process.

Gravitational Potential Energy is defined as the amount of work done in order to raise the body to the height h from a reference level.

Power is defined as the rate of work done or energy converted with respect to time.


Circular Motion:
Angular displacement, ? is the angle subtended at centre of a circle by an arc of equal length to the radius.

Angular velocity, ? is the rate of change of angular displacement with respect to time.

The period T of an object in circular motion is the time taken for the object to make one complete revolution.

The frequency f of an object in circular motion is the number of complete revolutions made by the object per unit time.


Waves:
Displacement is the distance moved by the particle from its equilibrium position.

The amplitude of a wave is the maximum displacement of the particle from its equilibrium position.

The wavelength is the distance between 2 successive points on a wave which are in phase with one another.

The period is the time taken for a particle on the wave to complete one oscillation.

The frequency of a wave is the number of complete oscillations that pass through a given point in 1 second. (Units: Hertz(Hz) or s-1)

A compression is a region where particles are close to one another. (High pressure)

A rarefaction is a region where the particles are further apart. (Low pressure)

Intensity of a wave is the rate of transfer of energy per unit area perpendicular to the direction of travel of the wave.


Oscillations:
Periodic motion is the regular, repetitive motion of a body which continually retraces its path at regular intervals.

Period T of a periodic motion is the time to make one complete cycle.

Frequency f of a periodic motion is the number of cycles per unit time.

Angular frequency of a periodic motion is the rate of change of angular displacement with respect to time.

Displacement of an object is the distance of the oscillating particle from its equilibrium position at any instant.

Amplitude of a periodic motion is the magnitude of the maximum displacement of the oscillating particle from the equilibrium position.

Simple Harmonic Motion (SHM) is defined as the oscillatory motion of a particle whose acceleration a is always directed towards a fixed point and is directly proportional to its displacement x from that fixed point but in the opposite direction to the displacement.

Damping is the process whereby energy is taken from the oscillating system.

Natural frequency of the system is the frequency at which it will vibrate freely.

Superposition:
Diffraction refers to the bending or spreading out of waves when they travel through a small opening or when they pass round a small obstacle.

The Principle Of Superposition states that when two waves of the same kind meet at a point in space, the resultant displacement at that point is the vector sum of the displacements that the two waves would separately produce at that point.

Interference refers to the superposing of two or more coherent waves to produce regions of maxima and minima in space, according to the principle of superposition.

Gravitational field strength at a point is defined as the gravitational force per unit mass acting on a mass placed at that point.

Gravitational potential at a point in a gravitational field is the work done per unit mass, by an external force, in bringing the mass from infinity to that point.

Escape speed is the minimum speed with which a mass should be projected from the Earth’s surface in order to escape Earth’s gravitation field.

The Electric field strength at a point in an electric field is the electrostatic force per unit charge experienced by a small positive test charge placed at that point.

Electric Potential at a point in an electric field is the work done per unit charge by an external agent in bringing a positive test charge from infinity to that particular point without acceleration.

Electric potential energy of a charge in an electric field is defined as the work done by an external force in bringing the charge from infinity to that point a distance r away.

The electron volt is defined as energy that an electron (or proton) gains (or loses) when it is accelerated(or decelerated) through a potential difference of 1 volt.


Current Of Electricity
Electric Current is the rate of flow of charge through a particular cross sectional area with respect to time.

The potential difference between two points in an electrical circuit is the electrical energy converted into other forms of energy per unit charge passing from one point to the other.

One volt is the potential difference between two points in an electrical circuit when one joule of electrical energy is converted to other form of energy as one coulomb of charge passes from one point to the other.

Ohm’s Law states that the ratio of the potential difference across a conductor to the current flowing through it, is a constant, provided that its physical conditions, such as temperature, remain constant.

) of a source is the energy converted from other forms to electrical per unit charge delivered round a complete circuit.

Internal resistance (r) of any real source is the resistance that charge moving through the material of the source encounters.


Electromagnetism
Magnetic flux density (B) is defined as the force acting per unit current per unit length on a wire placed at right angles to the magnetic field.

1 Tesla is defined as the magnetic flux density of a uniform magnetic field when a wire of length 1m , carrying a current of 1A, placed perpendicular to the field, experiences a force of 1N in a direction at right angles to both the field and the current.

The weber is defined as the magnetic flux through a surface if a magnetic field of flux density 1 T exists perpendicularly to an area of 1 m2.

Magnetic Flux Linkage is defined as the product of the number of turns N of the coil and the magnetic flux linking each turn.

Lenz’s Law states that the induced e.m.f. will be directed such that the current which it causes to flow opposes the change that is producing it.

Rectification is the process in which an alternating current is forced to only flow in one direction.

Band gap is the energy difference between top of valence band and bottom of conduction band. It is also a range of energy in a solid where no electron states exist.

Photoelectric Effect is the emission of electrons from metal by electromagnetic radiation.

Photoelectron is used to indicate that the electron has been emitted when light falls on the surface of a metal.

The work function of a material is defined as the minimum amount of the work necessary to remove a free electron from the surface of the material.

Threshold frequency is the minimum frequency of an incident radiation required to just remove an electron from the surface of a metal.

The scanning tunnelling microsope (STM) is a non-optical microscope which uses the concept of quantum tunnelling by electrons to study surfaces of conductors or semi-conducors at the atomic scale of about 2 Å or 0.2 nm.

The mass defect of a nucleus is defined as the difference between the mass of the separated nucleons and the combined mass of the nucleus.

Nuclear fission is the disintegration of a heavy nucleus into two lighter nuclei of approximately equal masses.

Nuclear fusion is the combining of the two light nuclei to produce a heavier nucleus.

Radioactive decay is the spontaneous disintegration of the nucleus of an atom which results in the emission of particles.

Background radiation refers to ionizing radiation emitted from a variety of natural and artificial radiation sources.

The activity of a radioactive substance is defined as the average number of atoms disintegrating per unit time.

The decay constant ? of a nucleus is defined as its probability of decay per unit time.

Half-life is defined as the time taken for half the original number of radioactive nuclei to decay. 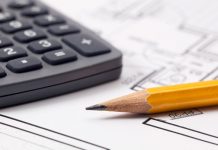 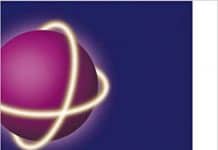 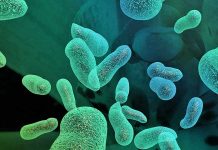 A level Biology Topical Past Papers

The Best Android Games for 2022